A High Court in Bauchi State has sacked the state chairman of the All Progressives Congress, APC, Babayo Ali-Misau, and his executives in the state.

On October 16, the APC state congress that produced Mr Ali-Misau, a loyalist of Education Minister Adamu Adamu, was rejected by some party members, leading to factionalisation of the party in the state.

Some disgruntled members of the party, therefore, instituted a court case, seeking the dissolution of the excos over alleged irregularity and imposition of anointed candidates by some “Abuja politicians”.

According to the court document obtained by DAILY NIGERIAN on Sunday, the suit, instituted by Hassan Mohammed Sheriff, sought the dissolution of executive members of the party in the state under the chairmanship of Mr Ali-Misau.

Giving an interim injunction on the matter on Thursday, the presiding judge, Justice Kunaza Hamidu, ordered the exco to stop parading themselves as APC leaders, pending the hearing and determination of the suit before the court.

The copy of the judgement document read: “That order of interim injunction is made restraining the 6th – 42nd Defendants/Respondents from parading themselves in whatever manners or means and/or acting in whatever capacities or names called as the Bauchi State Executive Officers of the 1st Defendant [APC], pending the hearing of the substantive suit already filed before this Honourable Court.

“That an order is made restraining the 1st -5th Defendants/Respondents in the interim whether by themselves, agents, privies, cohorts and representatives whatever capacity from administering the oath of office and/or according to the 6th – 42nd Defendants/Respondents recognition as the Bauchi State 1st Defendant Executive Officers, pending the hearing of the substantive suit already filed before this Honourable Court.

The judge, therefore, adjourned the matter to December 13 for hearing. 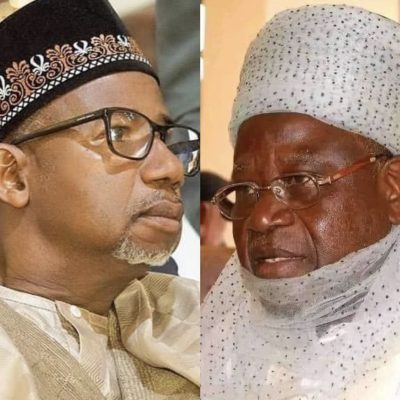