The Sardauna of Gombe, Dr Jamil Isyaku Gwamna, has called on citizens of Gombe state to participate effectively in the political processes building up to the general elections in 2023.
This is contained in a statement signed by
Ibrahim Sani Shawai, Media Aide to Dr. Gwamna.

Dr Gwamna who made the call over the weekend tasked the good people of Gombe State to exercise their freedom of politicking with all sense of decorum and responsibility.

He further advised electorates and politicians to always prioritize the interest of Gombe State before making any political decision for the overall betterment of the state and country at large.

He charged the people to ensure that they get enlightened politically ahead of the elections to be able to make the right choice for Gombe and Nigeria.

“Politics cannot work without peace, hence, citizen’s approach to politics should be peace-oriented while eschewing violence in all forms.” he added.

The Sardauna of Gombe said the attitude of not wanting to participate in electoral processes starting from not getting voter card and others should be jettisoned because it is the voice of the majority that count in a democracy and every vote matters for the majority to carry the day. 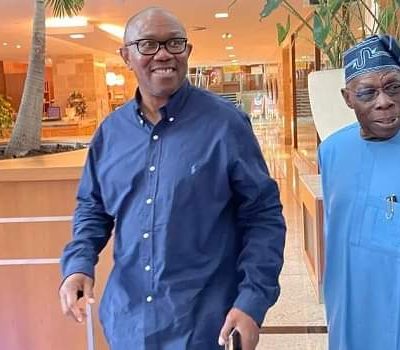