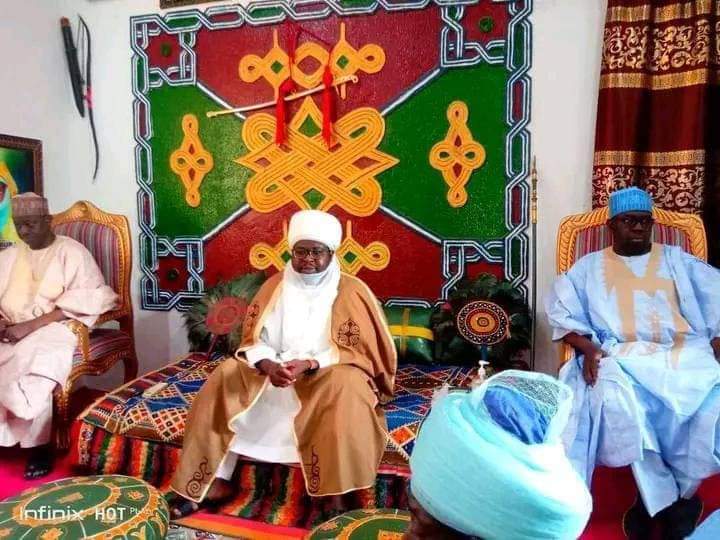 THE traditional ruler of Tula chiefdom in Gombe State, HRH Mai Tula Dr Abubakar Buba Atare has appealed to the Gubernatorial candidate of the Peoples Democratic Party, Muhammad Jibrin Barde to address the challenges of basic amenities in his domain.

The monarch made the called when the PDP candidate paid him a homage at his place on Thursday.

The candidate was in the area in continuation of his campaign tour across the state.

Mai Tula said the area is bedevilled with acute shortage of portable water and motorable roads which he said are causing untold hardship to his subjects.

He appealed to the PDP candidate to listen to the cries of the people in the nooks and crannies of the entire Tula chiefdom with view to proffering solutions if elected into office.

In his remark, the PDP candidate, Muhammad Jibrin Barde said the entourage were at the palace to seek for royal blessings and support of people of the area.

He promised to address challenges facing the area if elected.